"Remember Me" - A Story-telling Sermon

You don't know my name.  In fact, before today you probably didn't think about me very much.  And you've never seen me before.

Eventually it got so bad that I couldn't see people's faces any more.  I couldn't look up to see the sky.  I couldn't cook for myself, and even eating was difficult.  I couldn't wash myself.  I could barely hobble around with my stick.

Some people offered to heal me.  There are so many people out there, peddling miracles, willing to take my money in exchange for the promise of a cure.  At first, I went to them.  Some of them gave me ointments to rub on my back.  Some of them gave me special prayers to pray, three times a day.  Some of them told me to travel to far-away lands to bathe in the holy waters there.  Really, the only thing that they had in common was their willingness to take my money in exchange for a cure that never worked.

Most days, I would take my stick and my begging bowl and go to sit by the gates to the town, hoping for a few coins.  Some days I would sit beside the door to the synagogue.  I usually got more money sitting by the gates.  Holy people on their way to pray are in too much of a rush to take notice of someone like me.

Sometimes on a Sabbath, I would go to the synagogue to listen to the prayers and the teachings.  I would sit in the back corner by myself.  I thought, maybe, just maybe, even though the people around me couldn't see me, maybe God could see me.

Really, this wasn't living.  I was only existing.  I couldn't understand how God could let so much of my life be taken from me, without taking the rest of my life too.  Maybe God couldn't see me either.  I was angry at a God that would let me suffer so much.

On Sabbath, when I got to the synagogue, there was a crowd of people around - more people than I'd ever seen in our small town.  The whispers said that there was a new teacher today; the son of a carpenter from upcountry in Galilee.  He was on his way to Jerusalem, and oh, what a crowd he had following him.  The whispers said that not only was he a great teacher, but he had also been doing miracles and healing people along the way.

Well, I'd had it about up to here with these so-called miracles.  So far, the only miracle that I'd seen was the miracle of making my money disappear.  So when I got into the synagogue, I didn't seek out this teacher, I just went to my usual back corner and sat down and prayed that today might be the day that God would finally hear my prayers.

But no sooner had I sat down then the teacher glanced at me.  And then he paused and looked right at me.  And he spoke to me and called me over to where he was sitting.  I struggled to get up from the floor.  I have to confess that I grumbled a bit to myself - couldn't he see how difficult it was for me to get up.  Why couldn't he come over to me instead?  But because he had looked at me and spoken to me, I went over to where he was sitting.

And when I finally stood in front of him, he reached out his arm and he touched me.  He told me that I was released from my bondage.

And there, with his hand on my shoulder, slowly, slowly, I was able to straighten out my back.  I could see his face.  And when I looked into his eyes, it felt like I was looking into the eyes of God.

I turned around, and then I could see the faces of all of the people in the synagogue.  I went over to the door and outside and I looked up.  For the first time in 18 years, I could see the blue sky overhead and the sun shining down on me.

I threw my arms up in the air, and started to sing praises to God.  For God had seen me in my suffering, and had healed me.  How could I keep from singing?

What hypocrites!  I've lived in this town my whole life.  I've known these religious people since they were babies.  For 18 years, I had been bent over, and not one of them had bothered to look at me, let alone offer to heal me.

And he also knew that the law allows people to untie their animals on the Sabbath in order to lead them to life-giving water.  And since I was more valuable than a farm animal, it was right that I should be untied from my illness in order to be led to life-giving healing.

But now that I have been there in their shoes, my eyes have been opened.  Now, when I pass through the town, I see all sorts of people that the rest of the world doesn't see.  People who are bent over with illness.  People with no home to go to.  People sitting with their begging bowls by the gate.  People who have been abandoned by their families to live alone in empty houses.  People who have moved here from other lands and who don't speak our language yet.  Nobody else sees them.  But I do.

When you leave here this morning, I want you to remember me.  When you go about your busy lives, think about me.  And when you remember me, open your eyes to the unseen people in your world.  This teacher that you follow, this Jesus, he had his eyes open to the world, and he saw me, even when nobody else did.  And when you see the unseen people, do the same as this teacher that you follow, and help to restore their humanity.  Remind them, through what you do, that they are beloved children of God.  Remind them that they are precious not only in God's sight, but in your eyes too.

Geeking Out over Textbooks

The fall term textbook list came out last month, and all of my books seemed to arrive relatively quickly this time around.  Here is what I will be reading between September and December: 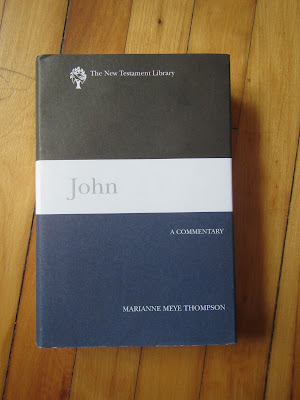 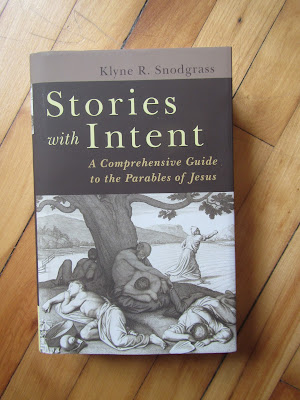 NT3118 The Parables of Jesus 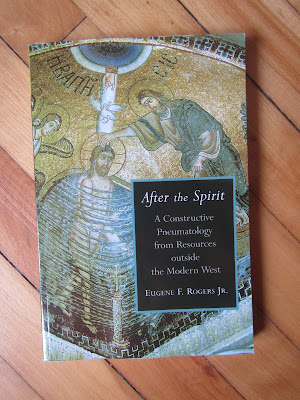 ST/CH3100 The Holy Spirit: The Theology of the Transforming God 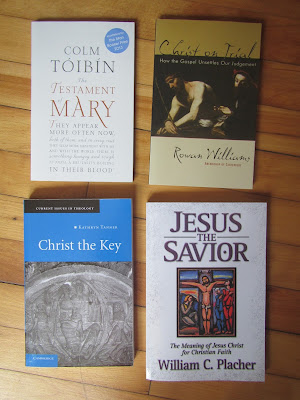 ST3120 Jesus in Text and Image 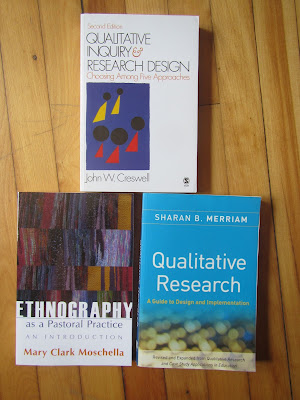